Review: Soldaten: On Fighting, Killing, and Dying - The Secret WWII Transcripts of German POWs by Sönke Neitzel and Harald Welzer 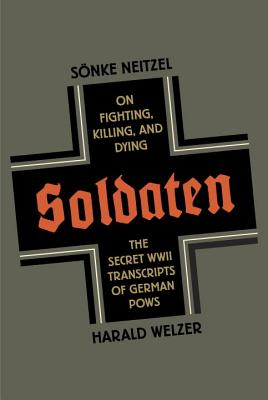 Jennifer Teege, author of My Grandfather Would Have Shot Me, spoke in my town. I asked her about English language books which might help me understand the mentality of Germans during fascism, and she recommend this book.

Sönke Neitzel, a historian, and Harald Welzer, a social psychologist, analyzed declassified transcripts of surreptitiously recorded conversations of German prisoners of war in British & American prisons during World War II. These transcripts confirm both the shocking level of violence fascists unleashed and the suitability of the psychological and institutional structures of a modern capitalist, industrial society to support this violence. Reading it in the United States of America in 2019 increases the urgency of radical resistance to oligarch-inspired labor docility, militarism and global genocide through ecological destruction.

Review: "Loaded: A Disarming History of the Second Amendment" by Roxanne Dunbar-Ortiz

I first heard about Professor Roxanne Dunbar-Ortiz's book Loaded: A Disarming History of the Second Amendment on either Black Agenda Radio or On Contact with Christ Hedges.

I've never liked guns. People I know died by suicide with a gun or accident. A stranger pointed a gun at me in a road rage incident when I was a teenager. And, when I fired guns at a shooting range, the extent to which I liked it frightened me. On my social media, I follow and promote @Well_Regulated_, which publicizes tragic incidences of uses of firearms in the United States. I tell people I support "smart" gun control, which in my mind means requiring registration of weapons, restricting sales of weapons & munitions designed to kill masses of people and stripping rights to weapons from particular classes of convicted criminals, such as domestic violence offenders.

Review: Give Us the Ballot: The Modern Struggle for Voting Rights in America 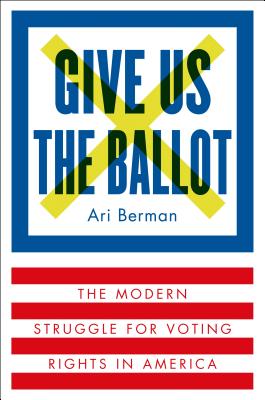 In Give Us the Ballot: The Modern Struggle for Voting Rights in America, Ari Berman describes the events which led to the passage of the Voting Rights Act in 1965, its impacts and the countermeasures its opponents took since then to undermine it through the book's publication in 2015.

I hope reading the book will motivate you to make sure you are registered to vote and actually vote in every election and attempt to understand your options in each election. And when you find your options are limited, then act to improve your options.

The book also is a great example of a phenomenon James W. Loewen identified in Lies My Teacher Told Me: Everything Your American History Textbook Got Wrong. Our public schools, for a variety of reasons, teach students that the United States always improves without explaining that people contested all issues, and some people won and others lost and sometimes those who lost won later. So we have this idea that "Civil Rights" happened in the 1960s, and, well, "problem solved."