Review: "Curiosity: How Science Became Interested in Everything" by Philip Ball 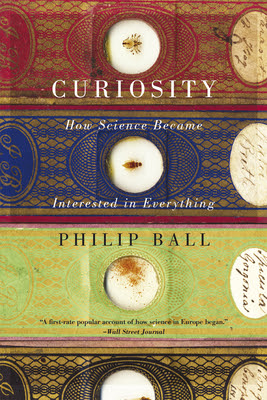 It is certainly not evolutionary advantageous. How many curious hominids had their genetic lines snuffed out by eating unknown plants or entering dark caves or traveling to the next valley?

Support "The Sultan and the Saint," a Film of Muslim-Christian Peace

Unity Productions Foundation is using crowdfunding to support its latest project, The Sultan and the Saint. Please consider supporting the project.

The Sultan and the Saint from Unity Productions Foundation on Vimeo.

Review: "This Orient Isle: Elizabethan England and the Islamic World" by Jerry Brotton

This Orient Isle: Elizabethan England and the Islamic World by Jerry Brotton

Documentary - Kareem: Minority of One

In November 2015, HBO released a documentary, Kareem: A Minority of One, about the National Basketball Association star Kareem Abdul Jabbar. If you are a sports fan or interested in the biography of a prominent Muslim-American, you really should check this out. It even has footage of Bruce Lee, with whom Kareem had formed a friendship!

Many of Kareem's problems in his personal life, including estrangement from his parents, stemmed from his commitment to following a religious path set out for him by Hamaas Abdul Khaalis, leader of the self-described Hanafi Muslims. Only as he began to make decisions for himself did his spiritual life and relationships become as rich as his professional life.