Bill V. Mullen reviewed The Imperial University: Academic Repression and Scholarly Dissent, edited by Piya Chatterjee and Sunain Maira, and published by the University of Minnesota Press in 2014.


[T]his is, far and away, the most affecting, comprehensive, and visionary collection of essays published to date on the politics of contemporary higher education. The book memorably sketches out what Raymond Williams called the “structure of feeling” in today’s university: the lived experience of ideological contestation, economic restructuring, professional vulnerability, political imagining, and political foreclosure. In this achievement, The Imperial University is sui generis: it should be bookmarked by historians of neoliberal higher education and used as a brick by those seeking to build an invigorated academic Left. ... read more ...

Film: Where Should the Birds Fly? by Fida Qishta -- Now Available


I had earlier promoted funding of this movie. It is now available by DVD and by streaming through Distrify. The film's website has a link to a guidebook.
Posted by Ayman Hossam Fadel Links to this post 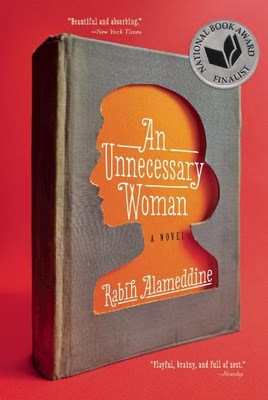 Rosecrans Baldwin also did a review for NPR.


Read our interview w/ @rabihalameddine, whose novel, An Unnecessary Woman, is on shortlist for the Nat. Book Award http://t.co/zc68JE16GO
— The AAWW (@aaww) November 14, 2014

I have not yet read the book.
Posted by Ayman Hossam Fadel Links to this post

To get our free eBooks go to your local Amazon site and search for Yatakhayaloon. They are free all day 15th & 16th. @SindbadSciFi
— يتخيلون (@yatakhayaloon) November 15, 2014

Review: Aisha: The Wife, the Companion, the Scholar by Reşit Haylamaz

Amanda Quraishi reviewed Aisha: The Wife, the Companion, the Scholar by Reşit Haylamaz. It's not clear to me if the author wrote the book in English or Turkish, his native tongue, and then somebody translated it.

I have not read the book.

The publisher is Tughra Books.

Review: "How Big is Allah?" by Emma Apple

Reem Faruqi reviewed Emma Apple's illustrated children's book "How Big is Allah?." I have not read the book.
Posted by Ayman Hossam Fadel Links to this post

Quote: Chris Hedges on Friendship and Comradeship in "War is Force that Gives Us Meaning"

In War Is a Force That Gives Us Meaning, Chris Hedges explains why the bonds among soldiers are likely comradeship, not friendship.
Posted by Ayman Hossam Fadel Links to this post


The United States Public Broadcasting Service's POV series is streaming American Promise online through November 8, 2014. A February 2014 interview with the film's producer and director, Michèle Stephenson (Twitter) updates the 2004 film. A companion book to the film is Promises Kept: Raising Black Boys to Succeed in School and in Life by Joe Brewster and Michèle Stephenson with Hilary Beard. The film has an official website. 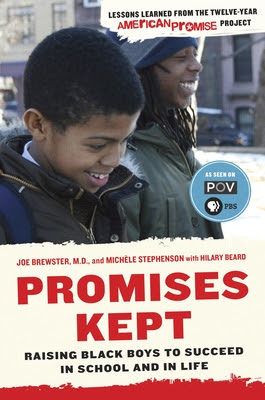 I haven't yet watched the movie or read the book.
Posted by Ayman Hossam Fadel Links to this post

Quotes from Dune by Frank Herbert

Readers were asked to record their favorite quotes and submit it to the show. The whole series is incredible. Here are a few quotes I recorded. You can listen to the ones NPR selected from all listeners.

The text is available on line at archive.org. But buy the book. Also, check out the Calvin and Mu'addib Tumblr.


The prescience, he realized, was an illumination that incorporated the limits of what it revealed — at once a source of accuracy and meaningful error. A kind of Heisenberg indeterminacy intervened: the expenditure of energy that revealed what he saw, changed what he saw. And what he saw was a time nexus within this cave, a boiling of possibilities focused here, wherein the most minute action — the wink of an eye, a careless word, a misplaced grain of sand — moved a gigantic lever across the known universe. He saw violence with the outcome subject to so many variables that his slightest movement created vast shiftings in the pattern. The vision made him want to freeze into immobility, but this, too, was action with its consequences . The countless consequences — lines fanned out from this cave, and along most of these consequence-lines he saw his own dead body with blood flowing from a gaping knife wound.

Kynes's Father on the Masses and the Leavings


"Arrakis is a one-crop planet," his father said. "One crop. It supports a ruling class that lives as ruling classes have lived in all times while, beneath them, a semihuman mass of semislaves exists on the leavings. It's the masses and the leavings that occupy our attention. These are far more valuable than has ever been suspected."


Then, as his planet killed him, it occurred to Kynes that his father and all the other scientists were wrong, that the most persistent principles of the universe were accident and error . Even the hawks could appreciate these facts.