Updated November 13, 2015 - Ask NBC to hire Iman Zawahry to direct an episode of Master of None.

My promised interview with filmmaker Iman Zawahry, director of the short films Tough Crowd and UnderCover, is now available!


The best way to keep up with Iman is through her Facebook page.

The latest version of this book is 84 pages and published in 2001, but I have not read it.

The book's bibliography allows the reader to follow up on the tips the author brings to the reader. I hope to learn more about Amir:


In April 1789, an advertisement seeking the capture of a man named Armer (Amir) appeared in the Savannah Georgia Gazette. Armer was about twenty years old when he ran away from the plantation of Thomas Grave in Richmond County, Georgia.  (p. 14)

Richmond County is about 4 miles from my house.

I believe the author is involved with the International Museum of Muslim Cultures in Jackson, Mississippi.

Check out Woodturtle's review of the film Solar Mamas. It was broadcast on PBS's Independent Lens.

I have not seen the movie.
Posted by Ayman Hossam Fadel

Interview with Nathan Lean, Author of Islamophobia Industry: How the Right Manufactures Fear of Muslims

Nathan Lean of Aslan Media has written The Islamophobia Industry: How the Right Manufactures Fear of Muslims.

Read this interview in the Muscat Daily by Joseph Richard Preville. H/t CAIR.


I have not read the book.
Posted by Ayman Hossam Fadel

"Small Delights is a short fiction film about Aziza, who begins to understand that her love of music makes her quite different from those around her." Hena Ashraf, the director, is using Indiegogo to raise funds to support the project. Like the project on Facebook.


Umar F. Abd-Allah Wymann-Landgraf is on the Board of Directors of Nawawi Foundation.
Posted by Ayman Hossam Fadel

Please pledge money so that this important project can see the light of day!

P.S. I just added Just World Books's RSS Feed to its podcasts to my iTunes.
Posted by Ayman Hossam Fadel 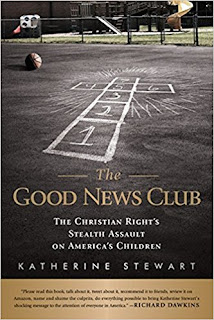 To read: Islam and the Fate of Others: The Salvation Question by Mohammad Hassan Khalil

The T.J. Al-Alwani Library is a department of the International Institute of Islamic Thought. It is now open for use for researchers, students, academics and the public. Read more
Posted by Ayman Hossam Fadel

There's a meaningful project I recommend that you support called al-Mutanabbi Street Coalition.

I really thought I had reviewed Bilal's Stand last year, but I see that I never actually posted it. I'm not going to try another review. Just see it. It's a good movie.

Iman Zawahry has directed the short films Tough Crowd and UnderCover. She's also available on Facebook. And, I'm hopeful that I will be able to conduct an interview with her! Submit any questions you want me to ask.